With a full field of 144 golfers registered to play, the event is again raising money to support the Child and Adolescent Mental Health Beds at the North Bay Regional Health Centre.

Former Premier, Mike Harris and MPP Vic Fedeli again Co-Chair the 2017 tournament, the 19th year the event will have been hosted by Osprey Links.

The Osprey Links Charity Golf Gala was the initial fundraiser for the “Caring For Generations Campaign” to build the  North Bay Regional Health Centre in 1999 and continued to support the campaign until the hospital was built and opened.  It then raised funds for the Harris Learning Library at the Education Center and One Kids Place, returning to partner with Bell and champion for Mental Health in 2014.

Bell has been a magnificent partner of the Gala through the past 18 years, and with other supporters close to $500,000 has been raised.  A number to be surpassed during the 19th Annual on Wednesday, August 16th. In addition we will be remembering Peter Minogue, visionary, friend and champion of Osprey Links.  Osprey Links was the culmination of Peter’s vision as he and a group of dedicated partners planned and developed the subdivision and golf course.  Peter passed on December 18th, 2016 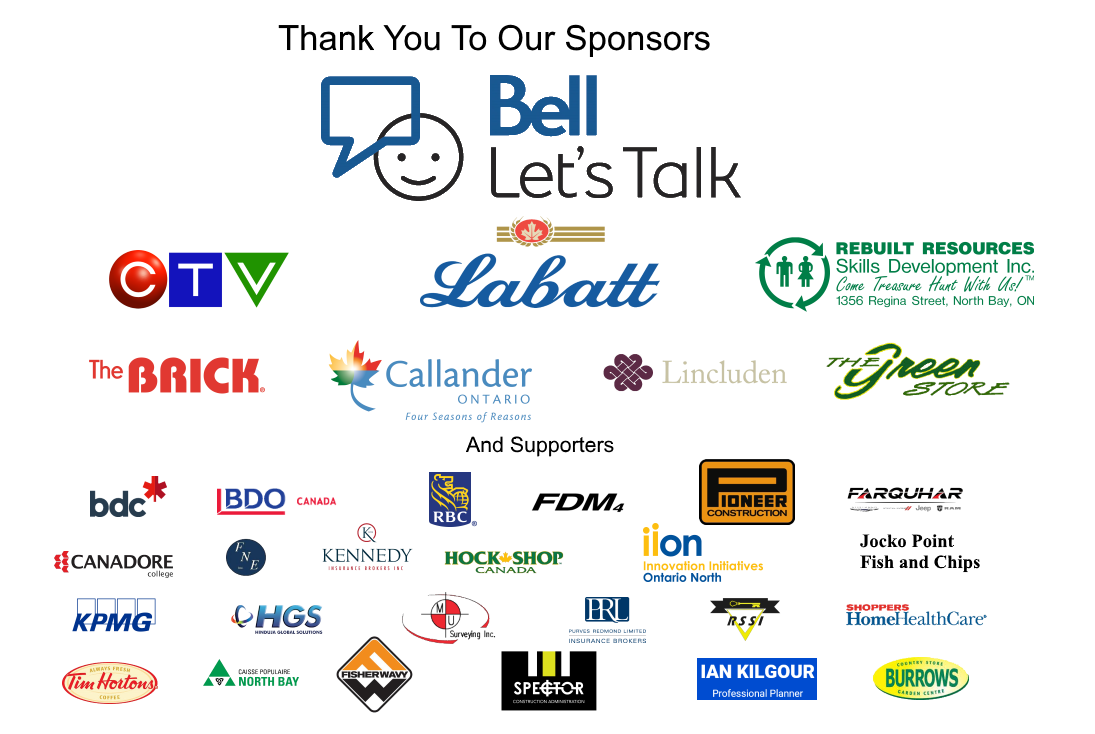